The release of the Sixth Assessment Report of the Intergovernmental Panel on Climate Change has triggered an explosion of bad news stories about the impending disasters that will be caused by global warming.

The Critical Issue is that fake news is circulating regardless of the best available evidence.

Much of the bad news comes from the 41 page Climate Change 2021: The Physical Science Basis , Summary for Policymakers that is released for the benefit of politicians and journalists who are too busy to read the report.

Some of the bad news is not even in the summary, like the widely reported “Code Red” warning that was invented by the UN Secretary General Antonio Guterres. 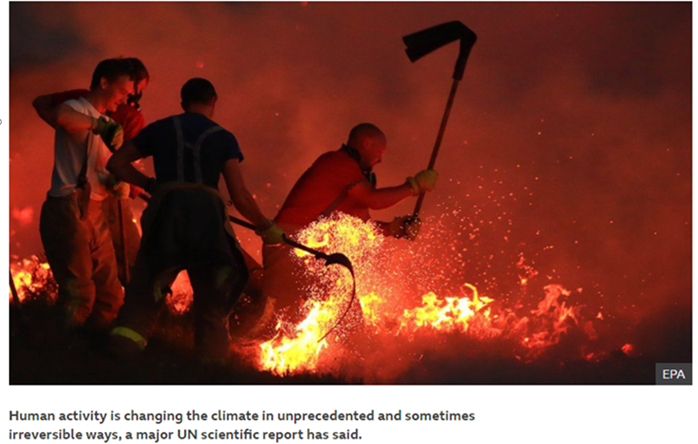 IN THE LOCAL PRESS. An article in The Australian 25 Sept, reprinted from The Times in London reported Children born last year will, on average, endure seven times more extreme heatwaves and more than twice as many droughts as their grandparents, a global study has found.

THE FACTS OF THE MATTER. Claims of increasing episodes of extreme weather have been repeatedly debunked, year after year, using the best available records for the last century, but the journalists who write the bad news stories take no notice

Steven Koonin served as an undersecretary in the Energy Department during the Obama administration; professionally he is a decorated physicist with a special interest in climate models.

In a detailed video presentation he showed the reliable  historical evidence that refutes the alarming claims about trends in extreme weather events. 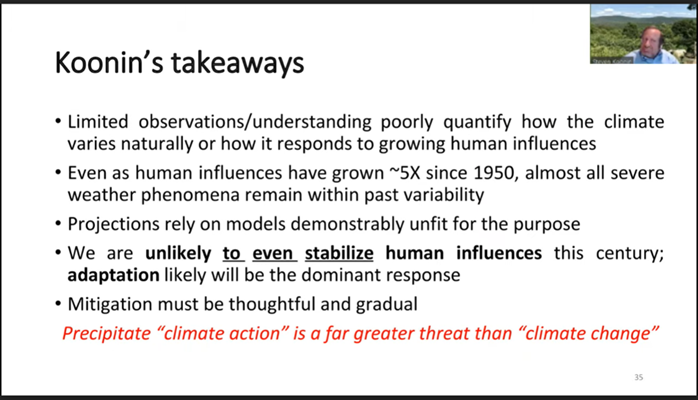