22.7 The Magic Pudding of Energy Storage 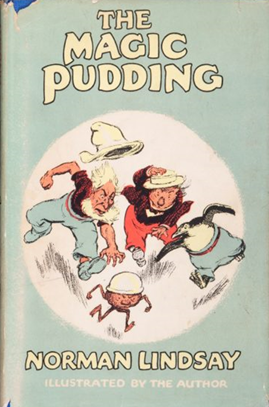 There is no feasible or affordable grid-scale storage available at present or in the foreseeable future.

The Critical Issues are the capacity and cost of pumped hydro and battery storage.

Pumped hydro. The Snowy2.0 pumped hydro scheme was announced by PM Turnbull in 2017 with a budget of 5.1 billion to be completed by 2024 and delivering power in 2021. With delays in construction power is now anticipated in 2028. The project has run over the original budget and there is also the cost of additional transmission lines.

The scheme depends on input from a fleet of wind turbines that is almost as large as the installed capacity of windpower in SE Australia at the present time. The cost of the additional windfarms would be in the order of x billion, not counting the transmission lines.

A flow of 2000MW power is expected, that is the scale of a large coal-fired power station but the duration is much less than 12 months. This means that the wind turbines and the pumped hydro facility combined do not fully replace a single 2000MW (2GW) of coal power.

Consider the number of Snowy2.0 schemes and the associated wind capacity and transmission lines required to replace the 20+GW of coal capacity in the 18 power stations in SE Australia

Batteries. The “big batteries” that are being built at present are not much bigger than the Hornsdale Power Reserve in South Australia. This had the theoretical capacity to keep the lights of Adelaide burning for 15 or 20 minutes.

“Big batteries” are installed to control the stability of the grid under the impact of intermittent inputs of wind and solar power. They do not count as grid-scale storage to cover windless nights when there is no RE input. Details are provided in the supporting information below.

Contrary to the expectations of many people the capacity of these batteries does not grow like data storage that initially doubled every two years.

That politicians take note of the limited capacity of pumped hydro and batteries.

That journalist and commentators tell the public the facts about storage.

No significant pumped hydro scheme in the world runs on wind and solar power alone. The largest facility at Bath, Philadelphia (US) runs entirely on coal and nuclear power to enable those plants to run continuously at their optimum output.

The prohibitive cost of pumped hydro was explained in a previous briefing note 21.5 circulated to all state and federal MPs in April 2021.

The inadequate capacity of so-called “big batteries” was revealed in a note 21.12 circulated in June 2021.

The picture tells the story. It shows a typical day in the life of the grid where the demand is lower overnight and peaks in the morning and evening. The demand in the day is 600GWh and the capacity of the Hornsdale Reserve at 194MWh is clearly trivial by comparison.

The astronomical cost of firming wind farms with batteries was detailed in a note 21.4 circulated in April 2021.