21.02 Environment Destruction – The Dark Side to Renewable Energy 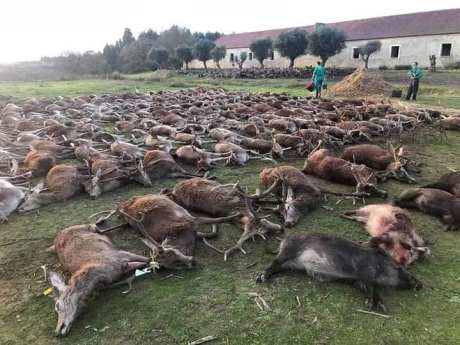 Clearing a park for a solar farm in Spain

Purpose. To indicate that the expansion of RE will have serious environmental impacts.

The Critical Issue. All the major parties are in favour of increasing the supply of electric power from wind and solar energy but the environmental impacts of wind turbines and solar farms have not been adequately taken into account.

“Most of the world’s rare earth ores are extracted near Baotou, Inner Mongolia by pumping acid into the ground, then processed using more acids and chemicals. Producing one ton of rare earth metals releases up to 420,000 cubic feet of toxic gases, 2,600 cubic feet of acidic wastewater, and a ton of radioactive waste.”

“This report documents the hazardous conditions in which artisanal miners, including thousands of children, mine cobalt in the Democratic Republic of the Congo.”

“Throughout the solar PV manufacturing process all of the materials and products must be shipped to and from more than a dozen countries around the world in large barges, container ships, trains or trucks – all powered by non-renewable oil.”

“Building one wind turbine requires 900 tons of steel, 2,500 tons of concrete and 45 tons of nonrecyclable plastic. Solar power requires even more cement, steel and glass—not to mention other metals.”

“The problem of solar panel disposal “will explode with full force in two or three decades and wreck the environment “because it is a huge amount of waste and they are not easy to recycle.”

“The International Energy Agency (IEA) forecast that Australia will have one of the most significant accumulated PV waste streams in the world.

That these critical issues be discussed in the party rooms, in the media and among the public.